All DJH Model Loco kits are designed with an extreme attention to detail and built to the scale of the original model. Our Research and Development team examine archived drawings to gain access to the most intricate details of the original model and replicate this in the model designs – even down to the number of rivets used!

Handcrafted by our incredibly skilled team of modelers, toolmakers and craftsmen, all products are made at our modern factory based in Consett, County Durham. Using high-quality materials such as pewter and brass, DJH Model Loco kits are extremely durable and built to last.

Suitable for experienced modelers, our K340 kit is supplied with fitting instructions which details the tools required and step-by-step instructions to guide you through the build.

The BR Class 14 was a small diesel-hydraulic locomotive based on the German V80, a singled engined B-B with centre cab. They were built at the famous British Railway Swindon Works A shop with the first ones emerging in July 1964. A total of 56 were built and allocated the number range D9500-D9555 and later designated as TOPS Class 14 by British Railways.

The work planned for this class was yard shunting, trip work (between local yards) and short distance freight trains working both on the Western and Eastern Region of BR. Their service with BR was relatively short and all were officially withdrawn by the middle of 1969. Most were then sold to British Steel (BSC) and the National Coal Board (NCB) with a few going to British Petroleum, Gulf Oil, Shellmex and the Associated Portland Cement Manufacturing Co. (APCM) where the majority had a working life of two to three times more than with British Railways. Nineteen of the class have been preserved and can be seen on various Heritage lines through-out the country

This is an easy build kit which has been designed for kit building beginners. It consists of a cast, one piece cab/cab roof, No.1 and No.2 ends, buffer beams, steps, footplate, exhaust casing, storage bins, sand boxes and cab interior parts. There is also an assortment of fine brass cast pieces such as brake pipes, window wipers and lamp/lamp brackets. Various etched parts include, a simple fold-up chassis, coupling rods, see-through grills, window frames and brake rodding. The kit comes complete with Slaters wheels and Mashima motor/gearbox. Transfer packs are available separately from DJH.

There aren’t any reviews for this product yet.

Only logged in customers who have purchased this product may leave a review. 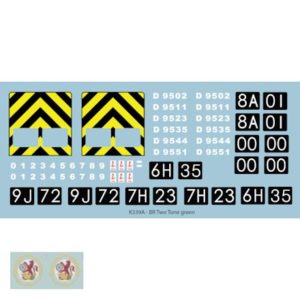 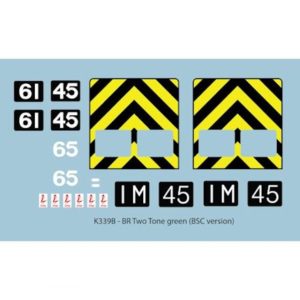